Introducción »» Working it out 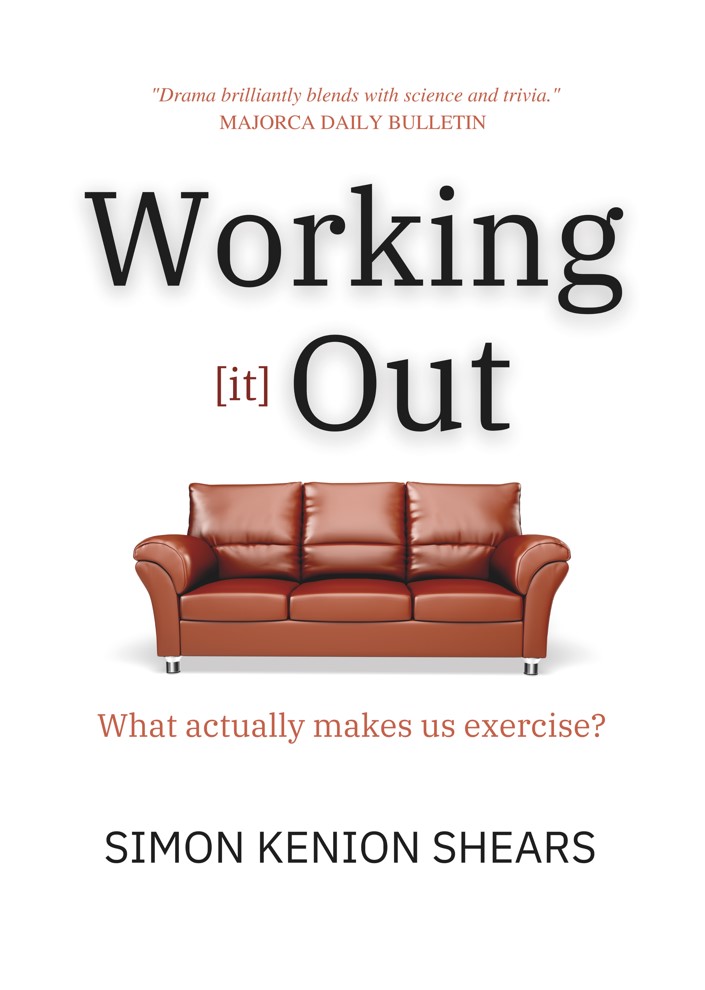 Working it out - Simon Kenion Shears

Is anyone actually lazy? Or is laziness just an emotion we evolved to protect us from wasting energy?

Does exercise always take effort? Or is effort a mental trick we use to override our instinct to rest?

To answer these questions and more, Working [it] Out' tells the struggles of two brothers and explains their contrasting lifestyle habits with drama and comedy, all the while illuminating the subliminal forces behind regular exercise.
Among many lightbulbs, the book provides a much-needed framework for the famed subliminal 'nudges'; explains how neuroscience has caught up with philosophy on the nature of happiness, and why we obsess over numbers, all with help from Albert Camus, Jerry Seinfeld, and George Bernard Shaw.

A book where allegory and drama meet science and trivia, helping us finally understand 'what actually makes us exercise'.

Simon Kenion Shears has an MA in Philosophy from the University of St. Andrews and is an associate of the American Philosophical Practitioners Association (APPA). He has worked as a scientific researcher on expeditions to Australia and Antarctica. Whilst studying the feeding and migratory behaviour of blue and humpback whales, Shears began to reflect on his own exercise habits through the lens of evolutionary biology. Today, he is a fitness polymath specialising in the evolution of human physical activity.

'Working [it] Out' is entertaining and enlightening but also constructive. As our increasingly sedentary lifestyles have contributed to skyrocketing rates of obesity and diseases such as diabetes, Shears audaciously argues that, to become more active, we need to do more than medicalise and commodify exercise.

The myth-busting book dispels the misconception that exercise takes self-discipline. Drawing on insights from evolutionary biology, anthropology, economics, sociology and neurology, Shears suggests how we can reconstruct our communities and environments to motivate and guide our interest in exercise, rather than shaming and blaming people for avoiding it.